Technical sales consultancy A&S International Ltd (A&S) is pleased to announce the appointment of Costa Rican company Central de Mangueras as their new Central American distributor in Costa Rica & Panama. They will be responsible for developing sales of a number of brands including Fluitec, Hosepatch, MAK LUBES & MAK CHEM International along with SulNOxEco Fuel Conditioners and Sylmasta.

A&S International already has an extensive distributor team in the LATAM region including a successful Viper Wire Rope Lubricator distributor in Costa Rica. However, they were looking for a company that could represent them for multiple brands for a wide variety of industries.

Director Angus Macdonald recently spent four days in Panama visiting a variety of indusrial clients of CENMAN SA, the Panama division of Central de Mangueras. There was an overwhelming positive response to the various solutions that were presented at each meeting & pleasingly RFQ’s were quickly received and have been actioned.

Angus Macdonald, one of the Directors at A&S, commented:

“We are really pleased to welcome Central de Mangueras to our growing global team of distributors. During my recent visit to Panama it was obvious to me that they are a very professional & successful organisation who are passionate about helping their customers to increase their productivity & profitability whilst also protecting the environment with market leading solutions. Their experience & contacts will be vital in helping to quickly grow sales of our various brands in both Costa Rica & Panama”

Continuing with our mission of supplying technological solutions to our clients, we see A&S International as a highly qualified supplier, and together we will work to provide the Costa Rican market with a range of exciting new lubrication & maintenance solutions

Central de Mangueras S.A. is a commercial company markets lubricants, high quality industrial and automotive spare parts thanks to the world-class suppliers that it represents. It also sells nitrogen generators, air compressors and industrial cleaning equipment. All these products make the company the best alternative for general industry, farming sector, construction, free zones and the automotive markets of Costa Rica. 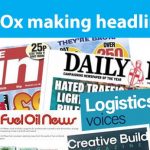